Stop thinking about how your communication looks.

If you work in branding, advertising or marketing then you probably spend a lot of your time making products and services look good. This makes perfect sense, but we should surely take it as a given that communicating our clients' offer in the best light possible is key. An engaging brand, a beautiful object or efficient service is the result of people spending time crafting messages and imagery.

But what about the people who use the product or service? How does it make them feel? And, maybe more importantly, how does it make them look? The rules of engagement changed when people became more engaged with digital. Now brands and media companies are not the only ones who are broadcasting. A video on shared on Facebook, a What's app message or a pic on Instagram from someone in your social circle can be more compelling than a carefully crafted brand message.

In a recent survey 67% of people bought something they had seen someone else share on social media. The battle for attention between brands and social circles is being fought right in front of our eyes.

How people appear to others has always been important, but now that there are multiple places for people to present themselves to the world, people are more attuned than ever to what fits their image of themselves. It's the growth of "the curated self" a term that Jeremy Garner blogged about back in 2012, is becoming more apparent. Understanding it can be useful when you have a story you want to tell.

West Ham wanted to sell more season tickets for the move to the Olympic Stadium in the 2016/17 season. We started thinking about how to do this by talking to fans about how they felt about the stadium move. What became clear was that a break from tradition can have negative associations.

Our ideas then explored what might create a greater affinity with this change. The thing that we felt would resonate best with how fans see themselves, was to give them a greater connection with the new stadium. So season ticket holders for the inaugural season became Founders which meant that they were photographed for a Facebook gallery and given a badge to wear (and be seen wearing) with pride.

The number of fans registered on the club's season ticket priority list exceeded the number of seats available by five times and has resulted in them adding 6,000 seats on top of the original 54,000 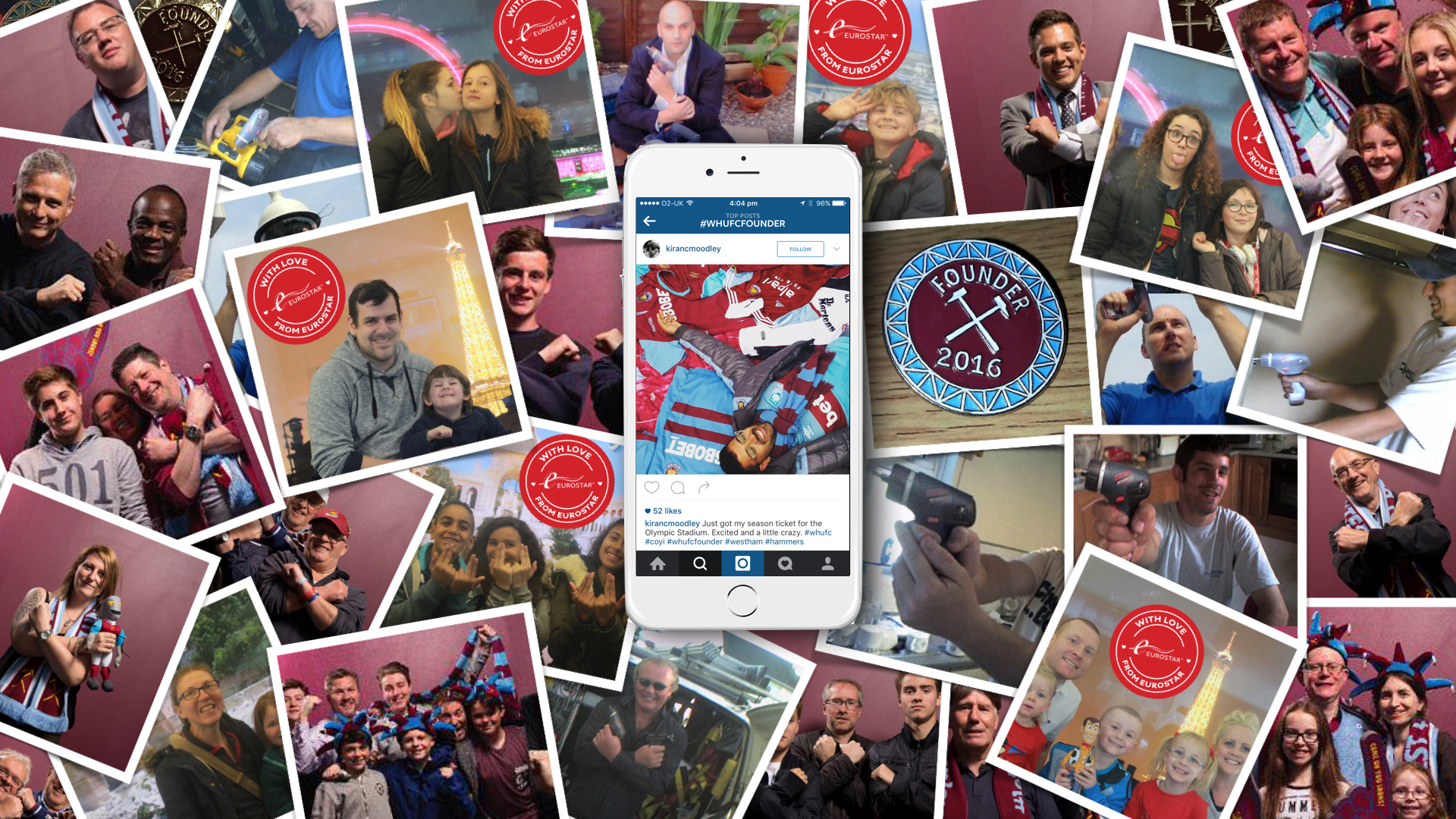 While it's not always possible to foster a fans level of affinity, we know from the amount of photos tagged #selfie on Instagram (286 million and counting) that people like an opportunity to put themselves in the picture. So whether it's giving builders a cardboard prop to pose for a picture, or letting people post holiday photos from a destination before they get there for Eurostar.; there are lots of ways to let people be the centre of attention. Sometimes literally. A recent move away from the classic big screen kiss cam, Disney partnered with the Denver Broncos to allow parents to recreate a classic scene from the Lion King. It's just about observing how people really behave and being interested in them and their motivations.

So rather than only thinking about how you look, also consider how you might appear in someones else's digital communication. Thinking about the image that people want to present to the world can help to make communication that resonates.