As so often happens, its only after the event that insight and understanding happens. This was certainly the case with the Reasons.to conference in Brighton last week. 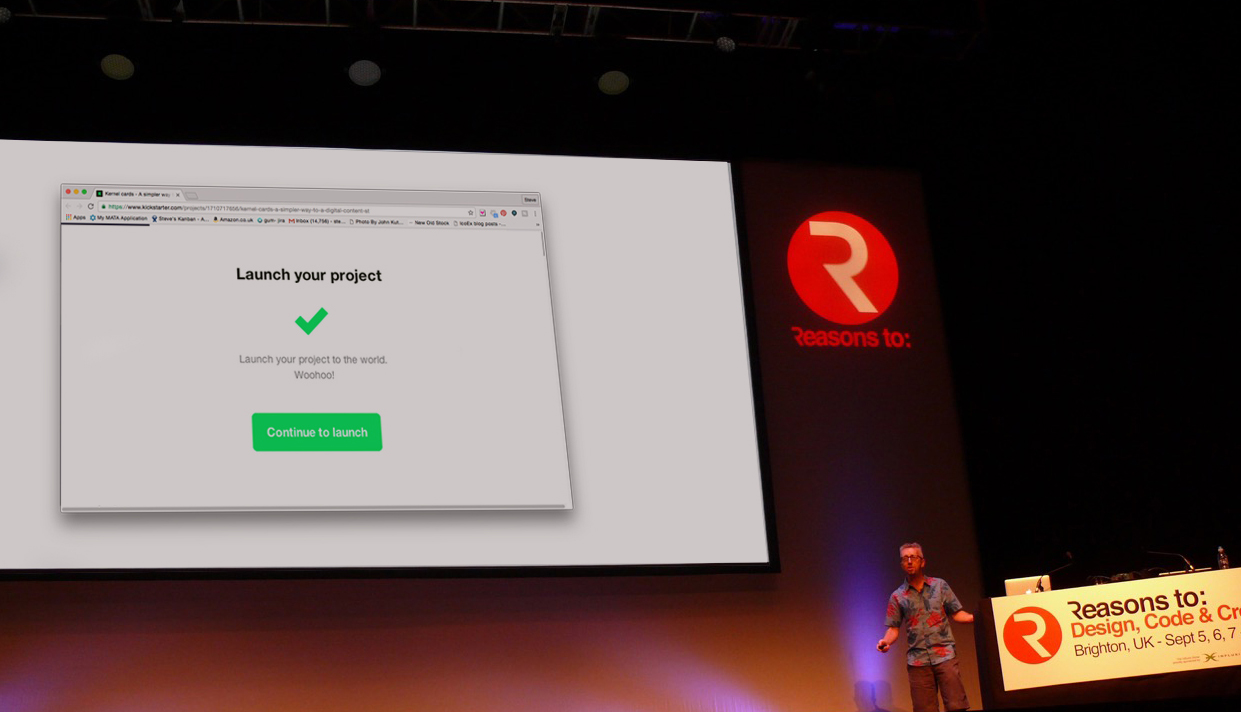 Crammed with great talks from design heavyweights like Stefan Sagmeister, Erik Kessels and the ubiquitous Mr Bingo, there was also space for less well known work like the excellent Carlos Ulloa on audio in VR and even the sponsors put on a good show (Nice work Kier at Shopify partners.)

I was there as part of the Elevator pitch session - 15 people each with just three minutes to tell the audience who you are, what you do and why they should care. I was talking about Kernel cards, a content strategy tool, and to let people know that they are available on Kickstarter. I had planned to launch on the first day of the conference and then mention it on the Wednesday, but after meeting some speakers and attending talks, I was convinced that's NOT what I should do.

One of the main points that came through from the event was about the power of DOING. and the importance of getting something out into the world. So rather than launch on Monday and simply talk about it in my pitch session, I wondered if I could launch onstage in the three minutes of time available.

Watching more sessions over the next few days convinced me that's what I should do, so with fingers crossed for stable Wifi, that's what I did. I got a countdown to launch from the audience and a cheer as the site went live instantly (thanks Kickstarter). It made for a much more entertaining talk and I got a backer before I got backstage (thanks Emma!)

While it meant the leadup to launch was a bit more fraught, the feedback and fun was fantastic.

Thanks to John and the team at Reasons.to for putting on such an inspiring event (looking forward to next year already :) and in the words of Ai Weiwei "A small act is worth a million thoughts"

I'm glad I got the chance to DO a small act.