Peering through the mists of time: five future food prophecies

It’s a well worn saying that the only constant is change, yet we are continually surprised when faced with it, so while you might take a few of these thoughts with a pinch of salt (and pepper) they might also be part of your daily intake in the not too distant future....

1 You will be vaping your alcohol

If the information archaeologists have gathered from stone age jugs is to be trusted, we've been enjoying the intoxicating effects of alcohol for at least 10,000 years. During that time we've invented fine wine, hearty ale and the Piña Colada. More recently alcopops, WKD and aftershock have joined the pantheon of ways to get alcohol into the bloodstream. But maybe we've been doing it wrong all these years. Rather than gulping it into our stomachs and waiting for it to pass through the lining, we should be breathing it in. 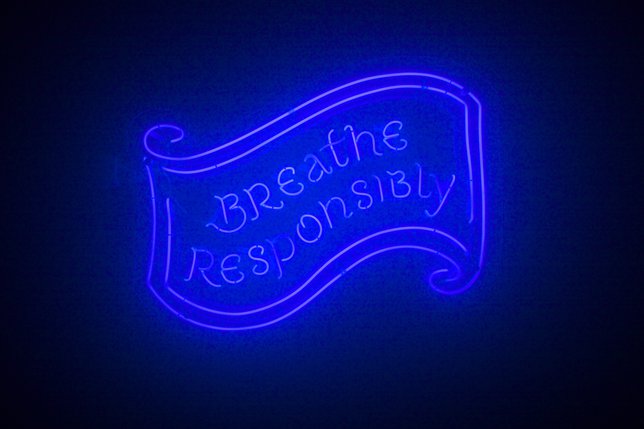 The worlds first walk in cocktail was created by Bompas and Parr at Spitalfields in London back in 2009 and the latest version of "Alcoholic Architecture" runs in Borough Market for 6 months from the end of July.

So the technology to vaporise alcohol has been around for a while, but Vapshot's new miniaturised version lets you enjoy inhaling alcohol from the comfort of your own home. It works by injecting a fine mist of spirits into the serving container under pressure. To serve, you twist open the cap and the vaporised spirits can be breathed in through a straw. Bypassing the digestive system, the technique causes alcohol to be ingested directly to the bloodstream through the lungs.

1Because this is a more efficient method of getting alcohol into the bloodstream, it only take 1/40th of a shot to get the same level of alcohol as drinking a shot. The effects take hold quicker and also disappear faster (after 20 mins the body has removed it) While it might initially sound extreme, it might aid moderation. 40 hits of vaped alcohol over a night means that you've only consumed a single shot. Here's to healthy hedonism. Cheers!

2 Your meat will be grown in a lab

Technology has always played a part in changing our eating habits. From having the tools and ability to plant and harvest crops, to the creation of the pot noodle, we have always exploited our ability to develop more convenient means of sustenance. The continued development of lab grown meat is a good case in point. The process of developing lab grown meat involves taking muscle cells and applying a protein that promotes tissue growth. Once this process has been started, it is theoretically possible to continue producing meat indefinitely without introducing any new cells from a living organism.

It has been claimed that, conditions being ideal, two months of lab grown meat production could deliver up to 50,000 tons of meat from ten pork muscle cells.

A year ago growing enough meat for a single burger cost $325,000. One year on and that cost is down to less than £12.00. While it might not sound appetising, lab grown meat has all the protein we need with none of the cruelty and pollution that is a by product of farming. The impact of this is massive. Almost no more animal farming, no more PETA? Reduced exposure to dangerous chemicals like pesticides and fungicides. Less transport costs. Perhaps most importantly no need to destroy forests to farm cattle. The regrowth of forests worldwide helping balance the planet's carbon levels... If we have the ability to create the nutrients we need in a more sustainable manner shouldn't we be embracing it?

3 You will 3D print your food

Now that most households have a plethora of digital devices and hot and cold running wifi, how long before 3D printing becomes more mainstream? Having the ability to turn digital information into physical objects gets really interesting when you consider putting them in the kitchen? We have already seen sugar used to create intricate edible sculptures (Hersheys recently unveiled the Chocojet that allow them to create unique personalised chocolate treats) What would it mean to chefs if we could download the recipe for any dish direct to a flavour printer that can recreate restaurant quality on your own plate? Or do we get ultra personalised, using our DNA to match the exact food types and quantities we need as individuals? 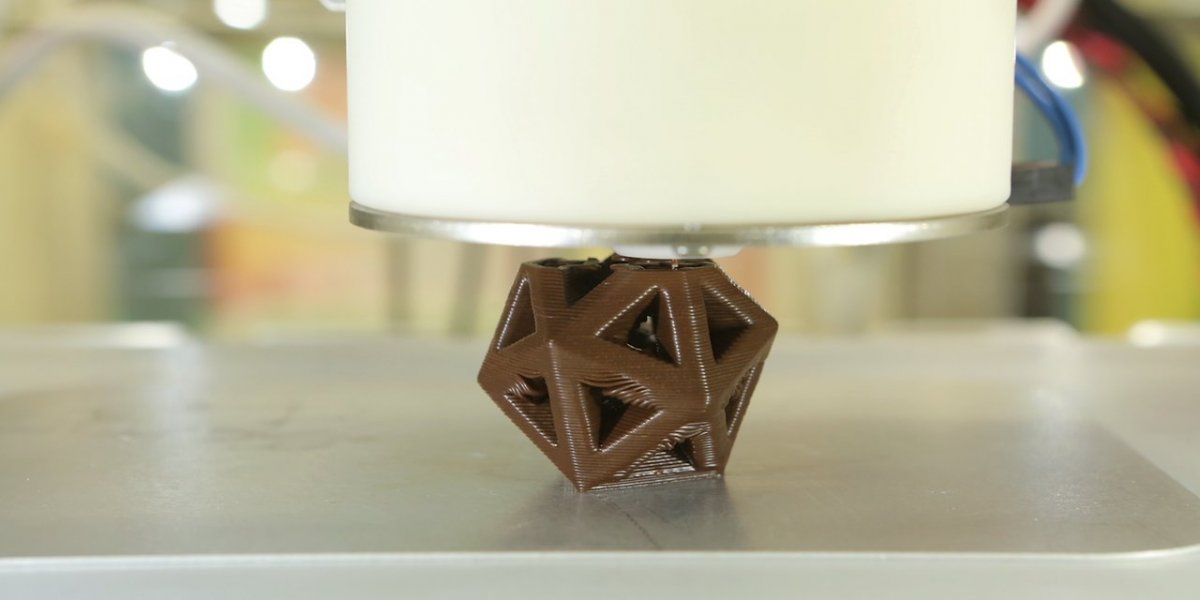 There seems to be a rising amount of evidence that small electrical shocks to the brain can be beneficial. Improving cognitive performance.

Given that taste is just a series of firing neurons and that there is already an electrode that can mimic the tastes of sweet, salty, bitter, and sour on the tongue surely electrical stimulus to the brain to replicate taste can't be too far off? Think about the benefits, how about locally produced seasonal food (potatoes for example) that taste like steak if you eat them with an electrode cap on? Or harnessing the potential of Soylent ( a powdered but nutritionally complete meal) to create small bite size snacks that taste like the world's finest canapés. Kids that are hooked on sugary fizzy drinks can swig carrot juice that tastes like tango while they sit in front of the latest videogame. (ok so that last one might not sound altogether great, but the idea has potential :)

Food and drink experiences have always had a theatrical note. Concept restaurants like Bubbledogs, Tincan or Flat iron offer singular dishes in interesting surroundings, more adventurous ventures like Dinner in the sky serve food at 500 feet up , pop up restaurants that serve various cities street foods are proliferating. (There are so many pop ups appearing that there are services that list and make spaces available. ) Maybe the restaurant of the future should be all about the theatre of the meal. Interesting communal gatherings that are about meeting and making lasting memories.

Did our hunches at future lunches tickle your tastebuds? If you are interested in change and are open to other new and interesting experiences today, we are always looking into ways to use technology to create experiences that change people or perceptions. Or if it's just thinking about food that that you want more of, read more at Taste, the online publication about design and food.