After a week where the UK has gone from being an influencer on the world stage to a disorganised disparate laughing stock, it seems that communication (both what and how we consume) has played a part. And that misinformation, confirmation bias and the cult of personality have helped get us to this point. I've been thinking about how much this is a reflection of our fragmented media consumption and what it means going forward for those of us in the communication sector. How much does what we consume depend on our age, location or lifestyle?

In the UK EU referendum, some of the largest turn out was among the older generation. It's this generation which more readily consumes newspapers and TV (Daily Mail and The Telegraph have the largest percentages of readers over the age of 65 who make up almost half of their audiences – at 45 and 46 percent respectively.) The Leave campaign which was popular among this demographic, is an example of confirmation bias and the symbiotic relationship that this creates, (Readers want to read more viewpoints like theirs and news organisations want to sell newspapers).

Not that the digital media used by the Remain camp was any less polarising. The role of social media as an Echo-chamber for like minded views has been written about by Clay Shirky and others. Endless reposting of pro remain memes across Twitter, Facebook and Instagram seemed mostly to be preaching to the converted and certainly didn't do enough to sway popular opinion. 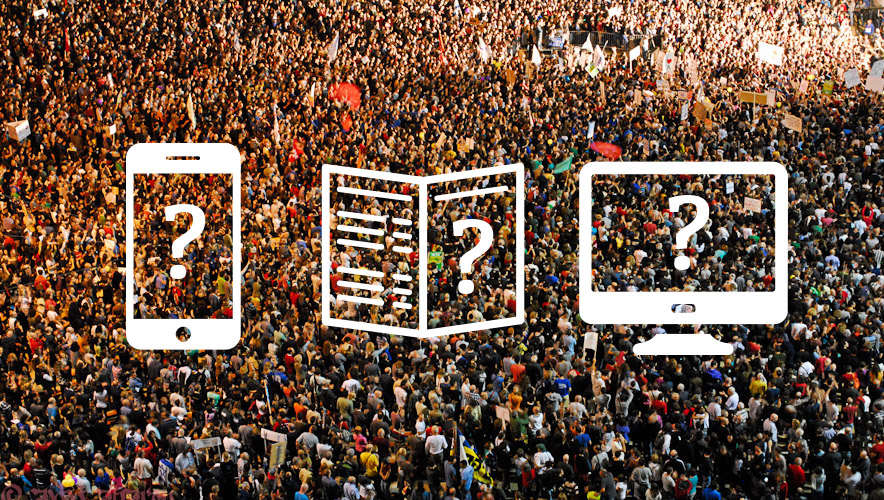 So what of the younger generation? It seemed like Millennials have been taking some of the heat for lack of engagement and low turnout. Well this is where I think the issue of making assumptions based on age starts to break down. Because Millennials have always had access to digital media, we assume that they all use it in the same way, that they are all on Facebook, Snapchat and Twitter aren't they? Haven't they stopped listening to traditional media, stopped watching advertising from brands? Aren't they getting views from influencers, out of the reach of corporations?

Well, yes and no. Yes, Youtubers and Instagrammers are being watched, read and looked at, but also organisations and brands are using them to distribute more traditional agendas. Hillary Clinton's team in the current presidential campaign are inviting popular Youtubers to press conferences and advertisers are paying for Instagrammers posts

And the younger age group might not be where you think they are.Take a look at some of the data from a recent Ipsos poll. 27% of Millennials use Facebook less than once a week, and 11% don't even have an account. Additionally, 54% don't have a Snapchat account, and 39% aren't on Twitter.

Rather than thinking only about age, thinking about what people are trying to do might help unlock what platform to communicate to them and then, how to communicate. Take the Hillary campaign, by looking where people are on Youtube, they realised that a large percentage of people look to beauty bloggers, so hosted a Q&A session at Beautycon a yearly festival for beauty gurus and their fans. This interview then got picked up in turn by the YoungTurks YouTube channel, one of the largest political channels in the world.

So instead of putting Millennials or pensioners all in one group, let's think about what are the issues that are important to them and why? Maybe ask a few 25 year olds from different backgrounds their opinion on a number of topics. Or a couple of 60 year olds for that matter. Getting a greater understanding of the behaviours of certain groups might help improve communications between us.

Whether people are filling social media with Boris Johnson gifs or searching Google for what leave EU means, it's less important to group people by who they are, rather than what they are trying to acheive. If we started by thinking what motivates people and how we can help, both the country and the communication sector might benefit.